The Chronoscope : Images of Time, Eclats de Temps
“Break Time to observe it “

The CHRONOSCOPE collection tells the story of an artistic-scientific experiment whose goal is to capture images of Time. The resulting images are fractal art paintings called ” Eclats de Temps “.

Senarius created the Chronoscope, an imaginary scientific instrument that allows you to see Time. He went to settle in the middle of the desert at the precise moment of a solar total eclipse. This particular moment is an exceptional moment. Because the eclipse produces a temporal effect by which the Chronoscope can capture a flash of Time. The moment of the eclipse then broke into 12 frozen flashes, the 12 ” Eclats de Temps “. They represent visions of Time at the time of the eclipse.

Inspired by watchmaking mechanisms, complexities and dials, the ” Eclats de Temps ” reproduce the gilded, precious colors, the brass of the old instruments. Paintings made with the technique of fractal art.

This project was exhibited at CERN, Geneva, in 2018. 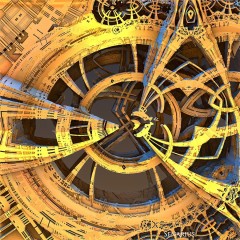 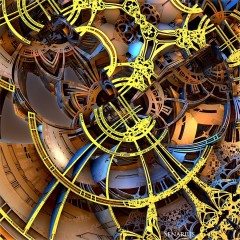 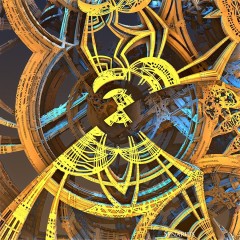 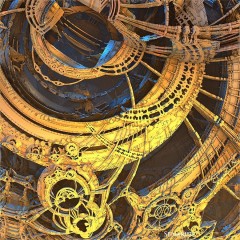 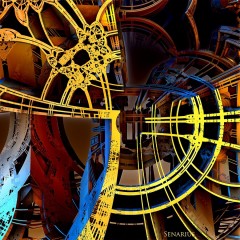 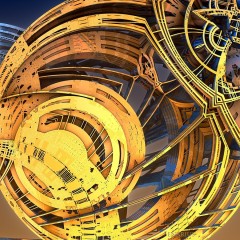 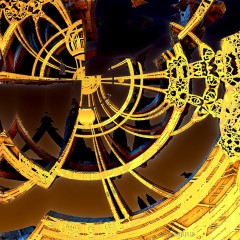 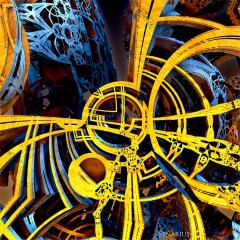 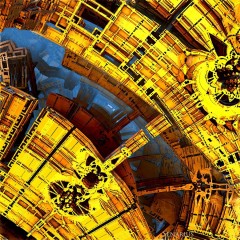 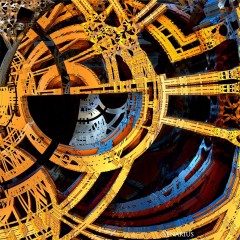 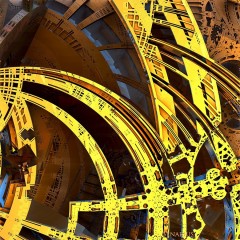 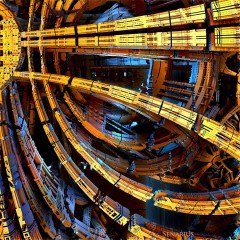